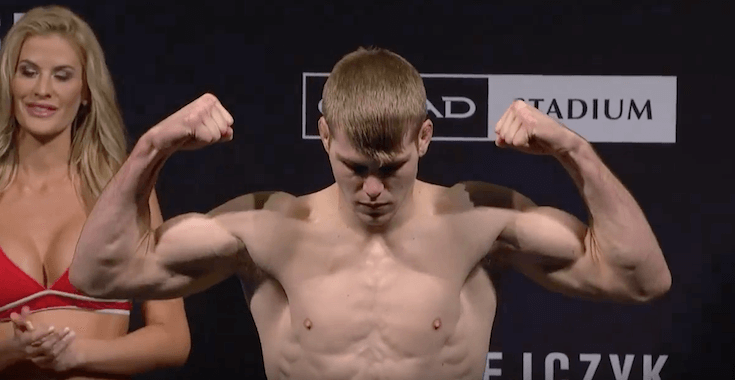 Jake Matthews got rocked by a Akbarh Arreola head kick early on in the opening round but was able to survive the impact.

Arreola pounced on the injured Australian and was able to take Matthews back. Arreola attempted to lock in a rear-naked choke but was not successful.

Matthews would eventually escape and score a takedown and some ground and pound of his own, which led to the horn for round one.

Round two started and Matthews immediately shot in and earned a takedown. The young Australian fighter began unleashing some brutal ground and pound on Arreola. Huge elbows were landed by Matthews in round two, leaving Arreola’s face battered and bruised.

In between rounds and it appears the fight will continue. However, the doctor took a final look at Arreola and decided to call the fight.