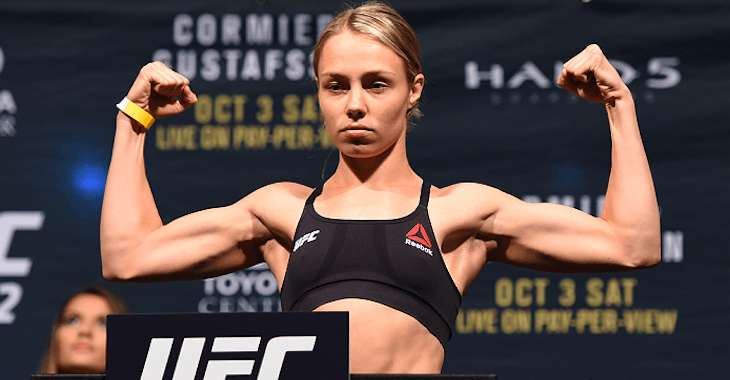 Kicking off the FS1 prelims for UFC 192 were the strawweights, with Rose Namajunas taking on Angela Hill, both cast members from TUF 20.

These girls wasted no time and came out fast. Rose liked to land her long jab early. they both started scrapping, throwing big punches at each other. Hill tried to clinch up during the exchanges but wasn’t very successful. Then Rose grabbed Hill and look for a throw but Hill defended. They separated and threw some more leather.

Then it was Rose who got a quick takedown. From there she moved easily through Hill’s ground defense. He worked her way to Hill’s back, Hill stood up, but Rose stayed on her back and locked in a rear naked choke. Hill tried to fight it off, standing in the center of the octagon, then walked over to the cage and used it to hold herself up. Eventually Hill dropped and went out.

Big win for the former tittle challenger, making quick work of her TUF 20 friend. Going into the fight she did say that she thought Hill’s ground game was suspect.

RESULT: Namajunas wins via submission (RNC) at 2:47 of round 1