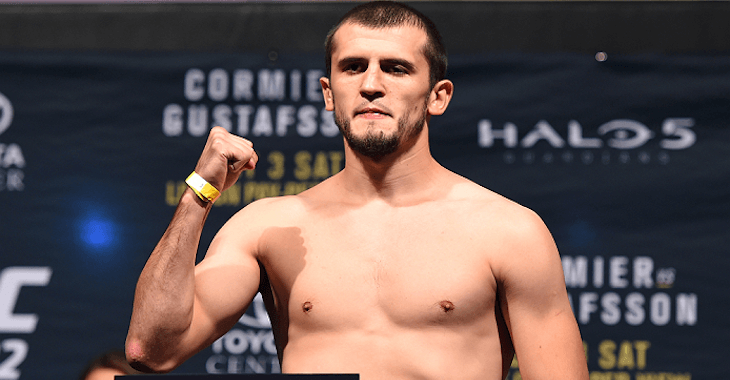 UFC welterweights Alan Jouban and Albert Tumenov met in the octagon for what was sure to be an exciting fight.

These guys went right at it. Albert started throwing kill shots and connecting with a few. Jouban tried to land some of his kicks early. Albert was landing often with his left hand. Jouban looked to land a jab. Jouban threw a kick and caught Albert in the go-nads. After a quick timeout they went back at it. Jouban started landing more leg kicks. Albert landed a nice head kick, punch combo.

Then, with Jouban’s back on the cage, Albert stated teeing off with punches. He caught him with several, bit it was a big left hand that connected on Jouban’s chin and put him down, limp. The referee stepped in right away and stopped the fight.

Jouban stood up and was visibly out of it, but trying to argue that he was fine, he had to grab the ref to stand. He was hurt bad.

The fight wasn’t expected to last very long, and it lived up to the hype.