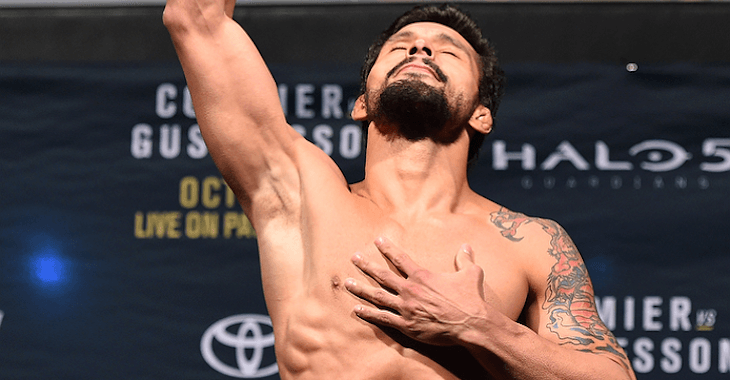 In the second fight on FS1’s UFC 192 prelim coverage, Islam Makhachev and Adriano Martins met in the octagon.

Both fighters came out looking to feel each other out for a good 25 seconds, than Islam threw a few big punches. Islam kept coming forward, throwing massive swinging punches, but missing. He stayed on him though, keeping the forward pressure.

The he got knocked out. Islam came forward with one of those big punches and Martins counter with a beautiful, perfectly times right hand that landed right on Islam’s chin and put him down.

Martins followed up with a big hammer fist but the referee was already stepping in to stop it. It really was a beautiful punch. The fight looked to be going in Islam’s favor, with his pressure and bit punches, but ultimately it’s what led to his demise.