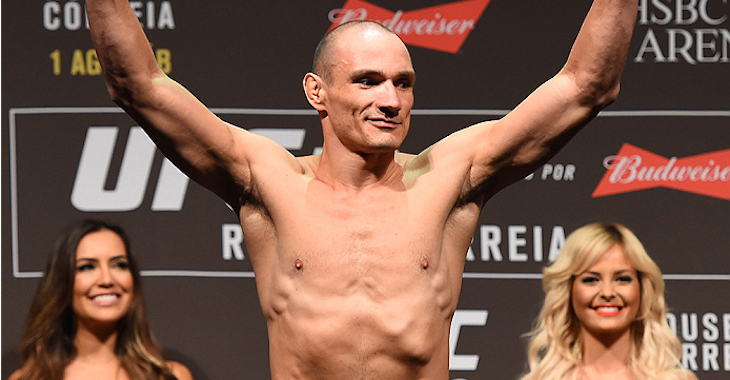 Clint Hester tried to secure ten points in the opening round by going for a takedown early. Vitor Miranda was put on his back easily, but it wasn’t long before he turned the tables on Hester who found himself on his back. Hester ate shot after shot for several minutes before the first round expired. His plan to tire Miranda out early in the fight backfired and he was gassed himself walking back to his corner.

It wasn’t long before Hester tried to take the fight to the ground again at the start of the second round. Miranda not only fought off the takedown, but kept the fight standing and chopped away at Hester’s leg in the center of the octagon. Hester, tired of the abuse, shot for another takedown and Miranda countered with a knee.

Hester was stunned and Miranda was able to easily take top control. Miranda unloaded shot after shot and the referee threatened to stop the fight if Hester didn’t fight back. Miranda saw the opportunity to “gift wrap” Hester (wrap his own arm around his neck) which gave Hester only one hand to defend himself.

Herb Dean had no choice but to step in and wave the fight, giving Miranda his victory.

Vitor Miranda def. Clint Hester by way of TKO (Strikes) 2:38 of Round 2