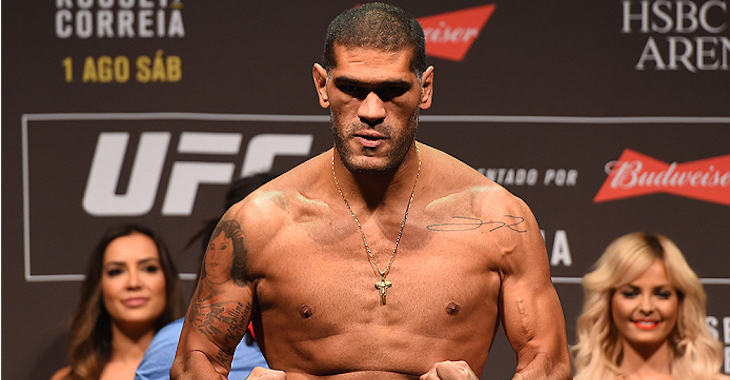 Antonio “Bigfoot” Silva is back on the winning track after his performance tonight against Soa Palelei! “Bigfoot” gave the Brazilians something to cheer for when he knocked “The Hulk” out less than a minute into the second round.

Palelei tried his hardest to take the fight to the ground in the opening round, but “Bigfoot” was able to fight off the attempts for the majority of the round. By the time Palelei was able to land the takedown, the horn sounded and “Bigfoot” was saved by the bell.

Palelei was cracked with an uppercut at the start of the second round and backed up to the fence. “Bigfoot” cornered him and started teeing off with punches before catching him offguard with a HUGE knee. Palelei blocked most of the shots, but you could see the impact from “Bigfoot’s'” strikes were still hurting him.

The referee gave Palelei every chance he could to fight back, but he eventually crumbled to the mat and “Bigfoot” was announced the winner.

Antonio Silva def. Soa Palelei by way of TKO (Strikes) :41 of Round 2