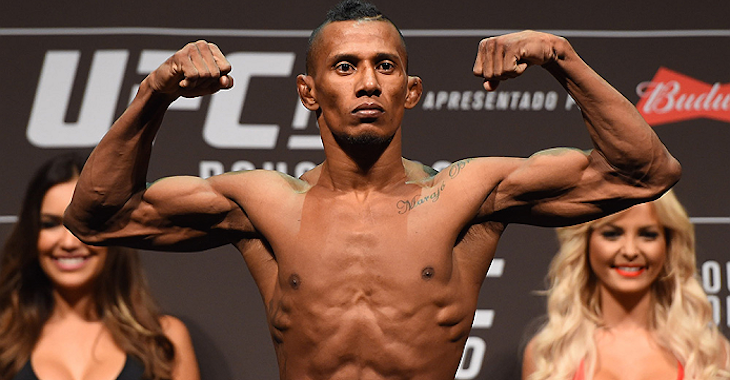 Iuri Alvantara and Leandro Issa kicked off the Fox Sports 1 preliminary portion of the fights with an exciting bantamweight bout! Issa’s fatigue impacted his performance throughout the fight and Alvantara eventually ran off with a decision win thanks to his striking superiority.

Alcantara was quick to threaten the end of the fight as soon as the first horn sounded when he found himself in position to trap Issa in an inverted triangle. Alcantara lost his positioning and allowed Issa to gain top control where he remained for the majority of the round.

Nobody gained an upperhand until the final moments of the second round where Alcantara caught Issa off guard with a straight left. The shot wobbled Issa and sent him stumbling back to the fence, but Alcantara was not able to get the job done and finish the bout before the second round expired.

Issa proved how much trouble he was in when he saw almost no offense in the final round; He was bloodied and on his back at one point and Alcantara could have finished the fight if he committed. Instead, Issa got back to his feet and was picked apart for the remaining minutes of the fight while Alcantara changed levels.

With this victory, Alcantara possesses seven wins inside the octagon.