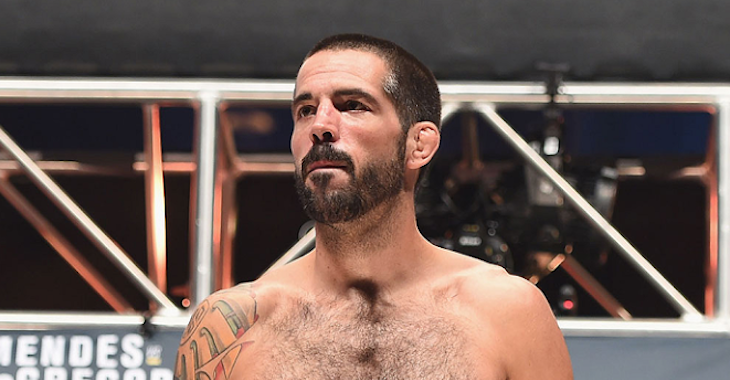 Matt Brown and Tim Means fought in the featured prelim. The action started early. Both fighters came out swinging.

An eye poke stopped the action for a moment, then they stared back up. Brown looked to have landed and hurt Means, but Means recovered fast. They clinched on the fence, with Means having the advantage. They broke away and then Means went in for the takedown. Brown defended and then turned the tables and held onto a clinch on the cage. They eventually broke away from that.

RESULT: Brown wins via submission (guillotine) at 4:44 of round 1