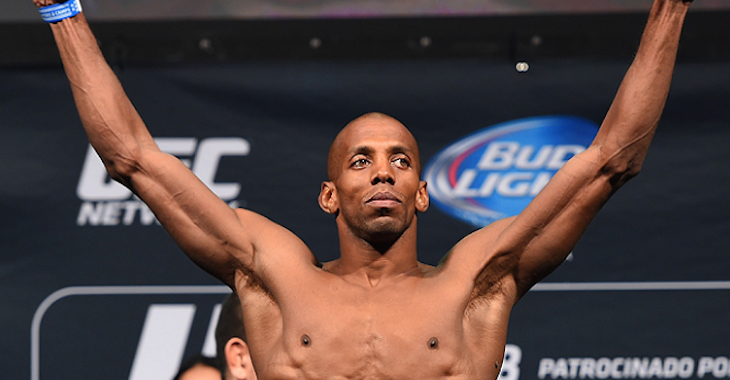 Bantamweights Alejandro Perez and Patrick Williams met in the octagon for the second fight on FX prelims.

With the first punch of the fight Williams rocked Perez. He rushed in to finish. Perez managed to scramble up, but Williams immediately locked in a standing guillotine and held it until Perez went limp in his arms.

It was a right uppercut that caught Perez and sent him back. That was a finish the card needed, after starting with three decisions.

RESULTS: Williams wins via submission (guillotine) at :23 of round 1