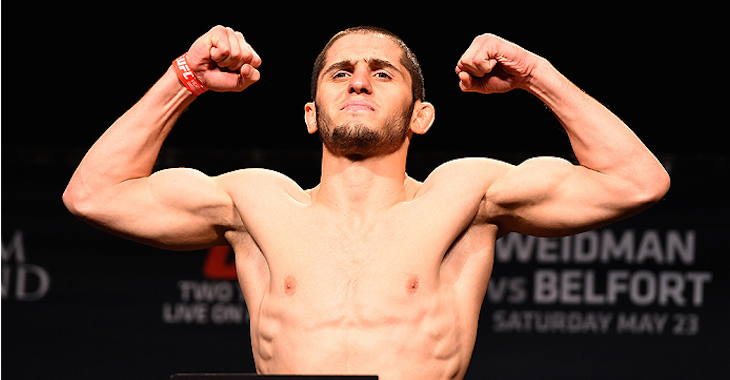 The second fight of UFC 187 took place in the lightweight division with Islam Makhachev vs. Leo Kuntz.

Islam threw a few big punches that missed before moving into clinch. He pushed Kuntz on the cage and tried for a few short shots before Kuntz broke away. Islam clinched again and this time got the fight to the ground. Where he immediately took Kuntz back and began working for a submission. He was unsuccessful and the fight found its way back to its feet. Kuntz landed a few good leg kicks. Islam clinched and began throwing big uppercuts before getting Kuntz back to the ground. Islam rode him out the rest of the round.

In the second Kuntz tried to time his strikes right, but when he moved in Islam countered and grabbed him. Almost right away he threw Kuntz to the ground and again took his back. After trying to defend, Kuntz eventually was forced to tap to a rear naked choke.

RESULTS: Islam Makhachev wins via submission (RNC) at 2:38 of round 2.