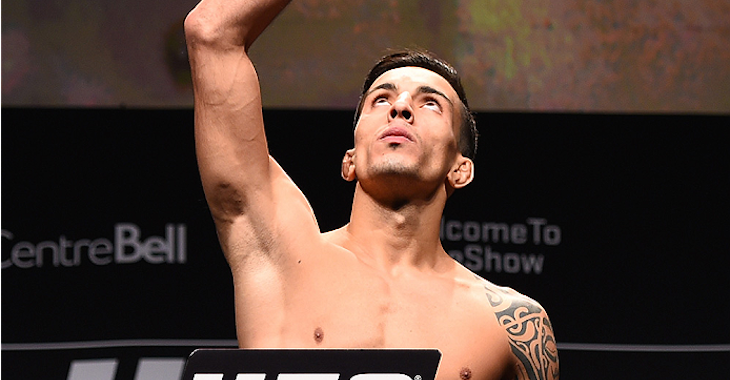 Thomas Almedia just pulled off the most exciting TKO of the card so far by crushing Yves Jabouin in the opening round!

Almeida would not be intimidated by the fact that Jabouin kept moving forward despite eating big strikes. As a matter of fact, Almeida benefited from it as Jabouin kept eating shots without protecting himself. Eventually, Almeida stunned Jabouin with a big left hand and Jabouin went backwards instead of forward.

Almeida was methodical in his attack despite moving in for the kill. Jabouin ate shot after shot while Almeida beautifully changed levels until the referee stepped in to wave the fight off; Jabouin was out on his feet.

Thomas Almeida def. Yves Jabouin by way of TKO (Strikes) 4:18 of Round 1