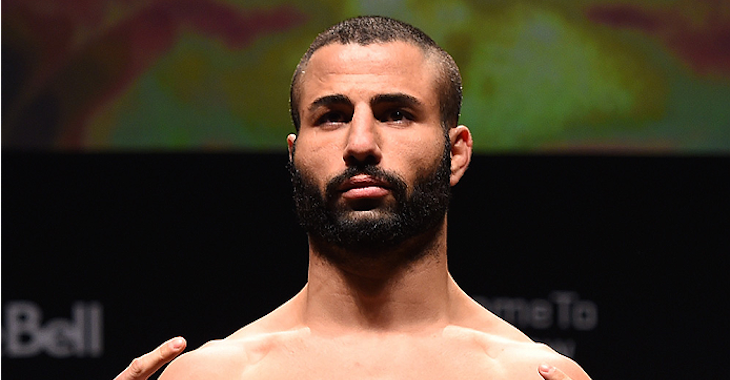 John Makdessi was getting tagged early on in the fight by Shane Campbell, but it didn’t take long for him to find his distance and make this fight his.

Makdessi dropped Campbell with a HUGE right hand with two minutes remaining in the round. The punch landed square on the chin of Campbell and he fell like a sack of potatoes. Campbell was trying his hardest to survive, and he turtled up to evenutally make it back to his feet. Campbell postured up and tried to recover but he was dropped seconds later with another shot. Again, Campbell turtled up but he did not make it back to his feet before the referee waved the fight off.

John Makdessi def. Shane Campbell by way of TKO (Strikes) 4:53 of Round 1