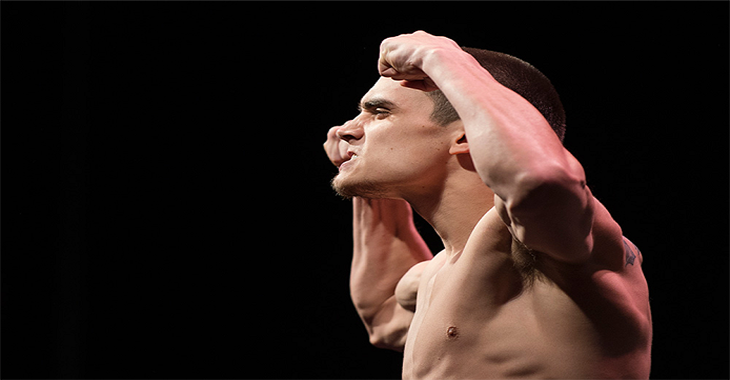 Ryan Benoit made a HUGE come from behind victory when he knocked out Sergio Pettis in the second round. What should have been a huge moment for Benoit turned into an awkward post-fight speech.

After a disappointing first round, Benoit rallied back in the second and ultimatly forced a stoppage early in the round to end it all. Benoit caught Pettis off guard with a left hook that sent him crashing to the mat. Benoit chased him to the ground and swarmed on him, not giving Pettis a chance to breathe. Pettis simply turtled up and Benoit fired off for a bit before the referee pulled him off.

After the fight was over, Benoit stood up and kicked Pettis in the rear. It was uncalled for and the fans showed him their disapproval, but he apologized profusely afterwards.

Ryan Benoit def. Sergio Pettis by way of TKO (Strikes) 1:34 of Round 2