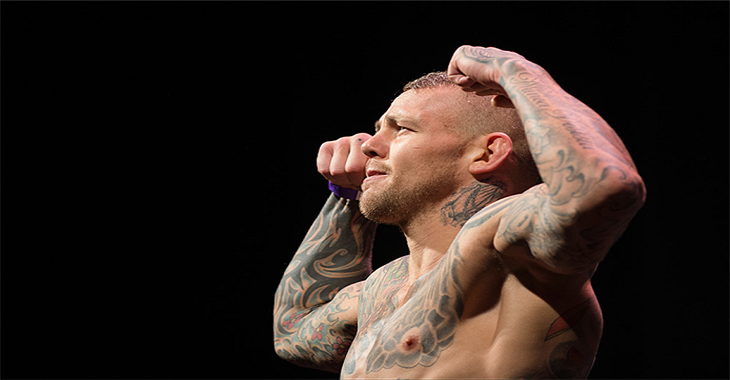 This lightweight bout was fast-paced from the start, but nothing serious connected until Pearson dropped Stout early in the second round.

Pearson cracked Stout with a left hook that sent him falling to the mat. Stout was out while he was falling, but he was woken up by bouncing his head off the canvas. What he saw when he came to was not a good sight; Pearson was charging at him with hands cocked, ready to finish the fight.

Pearson hopped on him and landed one last good shot before the referee stopped the fight.