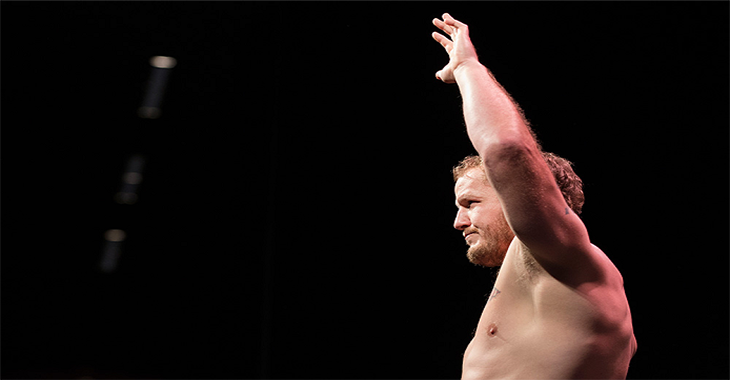 Jared Rosholt and Josh Copeland kicked off the FX portion of the “UFC 185” preliminaries with their heavyweight bout.

This fight was far from strategic; Rosholt and Copeland simply threw bombs hoping they would connect. Copeland landed the biggest shot of the fight in the first which likely gave him the round.

Rosholt slammed Copeland down to the mat late in the second and pinned him down next to the fence. Rosholt looked to trap Copeland’s left arm down to the canvas with his knees while firing off hammerfists, but he could not get the job done and Copeland made it to the final round.

Rosholt took him to the canvas again quickly at the start of the third and put Copeland in a similar position he was in at the end of the second. Rosholt trapped one arm and placed his knee on the stomach to land some big shots from above. Copeland turned his head and protected his face with one arm while trying to shove Rosholt away with his other. Needless to say, the defense was useless and Rosholt continued to land shots.

Jared Rosholt def. Josh Copeland by way of TKO (Strikes) 3:12 of Round 3