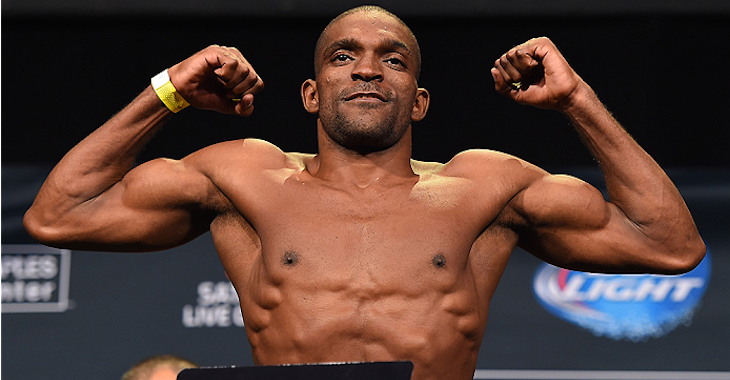 The second fight taking place on UFC Fight Pass was between lightweights James Krause and Valmir Lazaro. The Brazilian, Lazaro, trains out of Nova Uniao. Krause came in with 15 first round finishes.

Lazaro came out and landed a nice leg kick right away. Both fighters exchanged leg kicks early on in the round. Krause went for a big head kick but Lazaro ducked right under it. Krause landed a nice jab, then successfully landed a trip takedown. Lazaro was able to get up quickly and clinch Krause on the cage. They separated and Lazaro landed a nice one-two combo. Krause looked for a single leg takedown, eventually settling for a clinch position against the cage. Lazaro’s boxing picked up in the later  part of the round, where he landed jab after jab.

The start of the second featured both men looking to land strikes. Krause was able to get another trip, but Lazaro was up right away. Krause continued to look for takedowns, while eating jabs form Lazaro. Krause was the aggressor, constantly moving forward, but it was still Lazaro who seemed to land the more damaging strikes. The rest of the round was a stand up battle, with both men landing solid jabs and leg kicks. At the 30 second mark, Krause looked for another trip takedown, but was unsuccessful.

At the start of the third it was more of the same. Each fighter looked to land strong jabs and leg kicks. Krause eventually landed a trip takedown, that transitioned into Krause clinching Lazaro on the cage. Krause tried to work to get to the back, but they separated and went back to the striking. Lazaro looked to slow towards the one minute mark. But Krause was unable to land any takedowns. Krause did land good strikes while staying away from Lazaro’s punches. It was a tough fight to score.