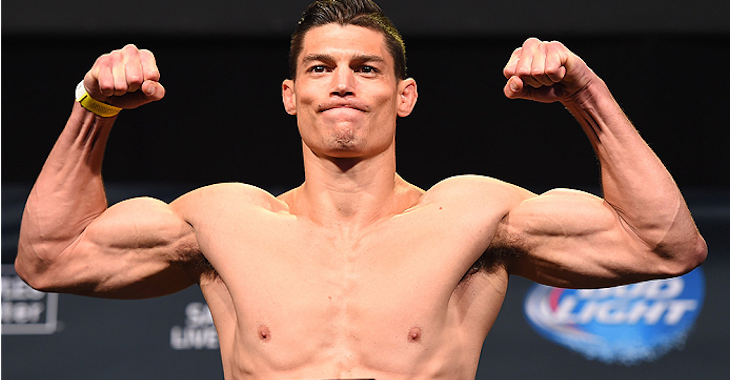 Jouban came in having lost in his last outing, but had won nine of his last 11. Walsh also came in looking to bounce back from a loss, having won six of his last eight.

Walsh landed a nice kick to the body early. The southpaw, Jouban, landed a leg kick, followed up by a kick to the body. Walsh got Jouban against the cage for a moment, but Jouban broke away soon after. Jouban landed a big kick to the liver of Walsh, but Walsh continued moving forward. During a quick clinch Jouban threw a super fast elbow that landed to the side of the head of Walsh that hurt him really bad. Walsh went out and fell back on the cage on wobbly legs and eventually fell to the mat. KO!