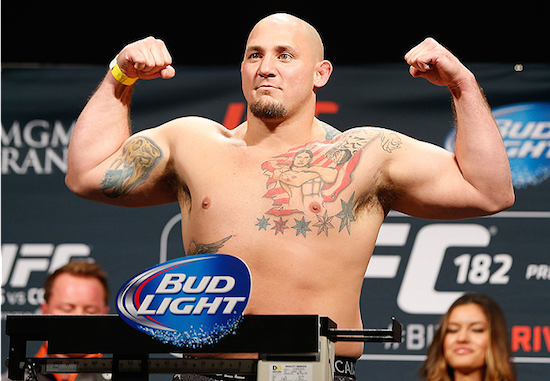 In the only heavyweight fight of the night, Shawn Jordan took on Jared Cannonier. Jordan, who played fullback for LSU, had won 5 of his last 8 fights, including his most recent win over Jack May back in August. Cannonier came in undefeated with 7 wins and looked to make it 8 in his first UFC fight. Jordan aka “The Savage” and Cannonier aka “Killa” looked to bring the pain in the fourth fight of the night.

Two minutes into the first round, both fighters were still feeling each other out and looking for their range, until Jordan landed a huge right hand out of nowhere that put Cannonier down, ending the fight.