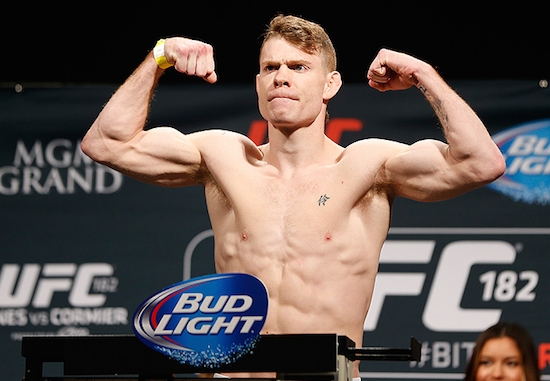 It was ‘Last Call’ vs. ‘The Irish Dragon’ when lightweights Danny Castillo and Paul Felder met in the octagon. Castillo, who had won 3 of his last 5, came in hoping to get the taste of defeat out of his mouth after his recent loss to Tony Ferguson in August. Felder, defeated Jason Saggo back in October to extend his undefeated record to 9-0.

Early on in the first it was Felder who found a home for several leg kicks, until one of them landed on Castillo’s groin, halting the action. When things got going again, Felder went back to the kicks. Castillo struggled to find his rhythm, while Felder peppered him with leg kicks and body kicks. Castillo was completely shut down in the first round.

Felder’s diverse striking techniques continued to land in the second. Felder landed a massive spinning back fist that put Castillo to sleep instantly.