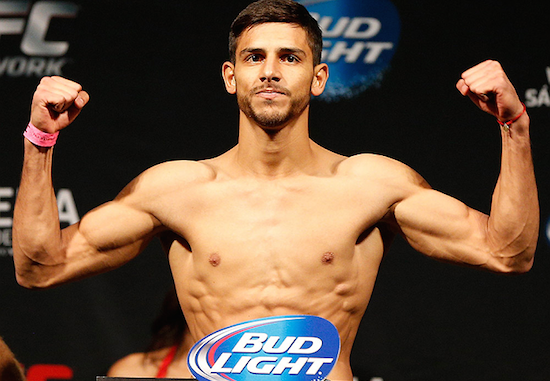 Leonardo Morales and Yair Rodriguez put on one of the most entertaining “Ultimate Fighter” tournament finals matches in a long time. The bout was scrappy, back and forth, and showed that both fighters have a lot of heart.

Rodriguez showed impressive submission transitions in the second round. While Morales was flat on the mat, Rodriguez executed a cartwheel kick into a heel hook. The heel hook looked like it was locked in but Morales kept his composure and made sure he was not trapped. Rodriguez bailed on the heel hook and proceeded to work for an arm lock, but again, he could not put Morales away. The round ended with Morales postured over Rodriguez only to take a brutal upkick! Morales almost walked into another heel hook, but Rodriguez’ attempt was cut short by the round ending.

The momentum gained by Rodriguez in the second round was simply too much for Morales to catch up to. He showed that he had heart, but it was not enough to put Rodriguez away. Rodriguez continued to take the center of the octagon and dictate where the fight went which gave him the round in the eyes of the judges.