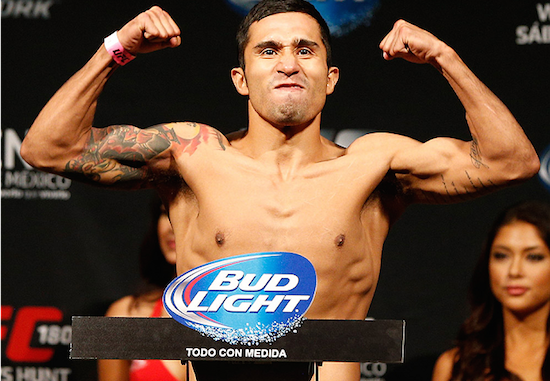 Perez utilized his speed and changing of levels to secure ten points in the first round. Quinonez simply could not get on Perez’s level when it came to the standing game and suffered because of it.

Quinonez improved his standing game in the second and actually began to outstike Perez. Quinonez was finallyt checking leg kicks and started to counter in a more timely manner. Just as he was starting to gain momentum in the second round, it was all sapped away by a huge mistake he made in the final round of the close fight.

While in top control, Quinonez landed what looked to be an intentional headbutt! Upon replay review, there was no doubt that the headbutt was intentional and referee Big John punished Quinonez by taking away two points! Perez had the fight in the bag as long as it went to judges’ decision, and he rode out the remaining time to victory.