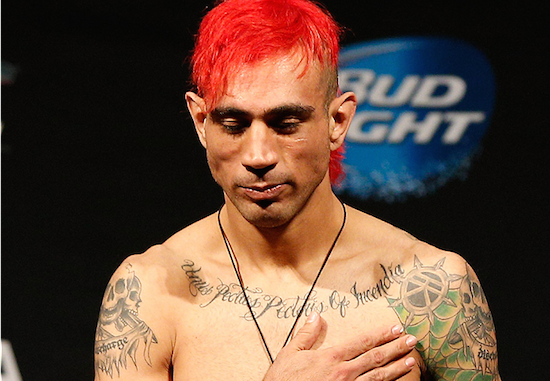 Augusto Montano was pretty stiff to open up the fight, but once he loosened up Chris Heatherly had no chance at surviving.

Montano landed a knee to the body of Heatherly toward the end of the first round and you could see he was banged up by it. Heatherly doubled over in pain and relied on the cage to keep his footing. Montano kept him on the cage and fired off with knees to the body, punches to the body and punches to the head. Referee Big John gave Heatherly every chance possible to improve his positioning and fight back, but Heatherly simply covered up and struggled to stay standing.

Big John separated the two and waved the fight off, giving Augusto Montano the first round win.

Augusto Montano def. Chris Heatherly by way of TKO (Strikes) 4:50 of Round 1