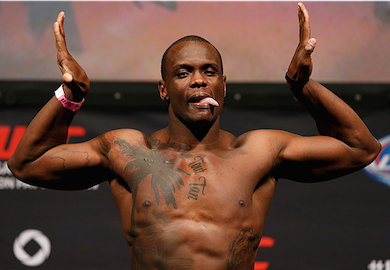 Jimmo went for a body shot but it was caught and St. Preux shoved him to the ground. St. Preux worked for a rear naked choke after getting his back, but Jimmo impressively powered out of it. St. Preux pressed him against the fence and threw some bombs and the fight came to an abrupt finish when Jimmo exclaimed that his arm was broken.