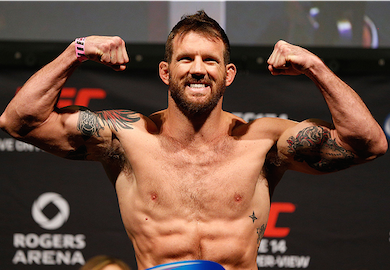 Light heavyweight Ryan Bader needed a victory tonight over Rafael Cavalcante to gain some momentum in such a stacked division. It was not that entertaining, but Bader locked up the easy victory in a one-sided performance.

When Cavalcante went into his corner between rounds, his team informed him that Bader was fighting for points. They were not wrong, but the issue was with Cavalcante. He was not attacking or doing anything to stop Bader from imposing his will tonight. Even though Cavalcante stuffed over fifteen takedown attempts, Bader was still able to take him down a handful of times where he smothered Cavalcante.

The ground and pound from Bader was nothing that was going to end the fight, but Cavalcante was just sitting there and absorbing it. Cavalcante was simply hanging on to make it to the end of the fight, win or lose.