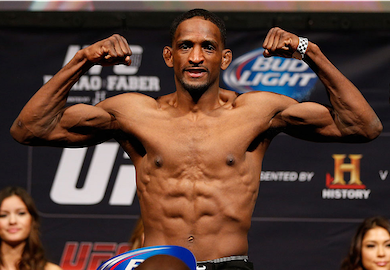 Neil Magny and Gasan Umalatov had the honors of kicking off the action tonight in New Jersey.

Neil Magny looked like a new fighter while displaying his skills throughout the fight. He utilized his reach and height advantage while striking and looked better on the ground tonight than he has in the past. Despite having a reach disadvantage, Umalatov had no issues going inside striking distance to try and land punches of his own— a strategy that would backfire multiple times in the first.

Gasan Umalatov did a good job in limiting Magny’s offense in the second round. He pressed Magny against the cage multiple times to close the distance, but Magny still outstruck Umalatov in the clinch. The round ended like the first round did with Magny on top of Umalatov, pounding his fists on his skull.

Umalatov tried to play catch up in the third round by going for the finish, but he could not get the job done.

Neil Magny picked up his first win inside the octagon since February 2013.