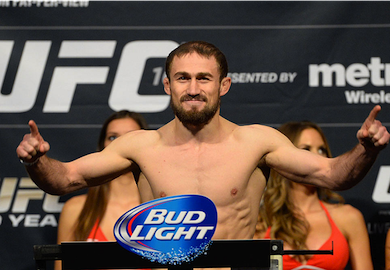 Both men fought hard, but Bagautinov simply outworked Elliot and earned this decision.

Tim Elliot’s stance was quite unique. He started the bout with his hands down and head forward— a stance that is usually a recipe for disaster. Elliot can take a punch, however, and he ate many tonight.

Elliot’s odd stance favored Bagautinov multiple times throughout the fight. While the significant strike count was close, Bagautinov’s ability to have easy access to Elliot’s head gave him the nod in total strikes landed.

After seeing three hard fought rounds, it was going to be difficult to see who would walk away with their hands raised. Elliot was the fighter who was pressing the action and attempting submissions, but Bagautinov landed more total strikes and threw the powerful punches.