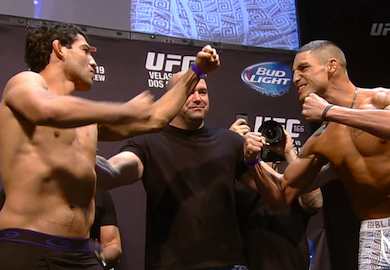 Fight of the Night: Gilbert Melendez vs. Diego Sanchez
In what was a Fight of the Year candidate, both Melendez and Sanchez left it all in the octagon and the crowd enjoyed every single second of it. Melendez may have walked out with his hands raised, but Sanchez’s stock has only gone up after this bout.

Knockout of the Night: John Dodson
John Dodson started off the card with an amazing knockout against Darrell Montague that sent Montague crashing face first to the canvas. John Dodson’s striking game looked to have improved and he is on the top of his game.