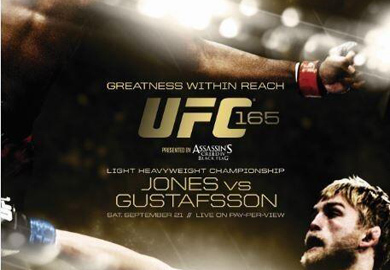 Nobody was surprised to hear that Jones and Gustafsson’s instant classic was awarded fight of the night. Both men left it all in the octagon after twenty-five minutes of back and forth action. Jones won a unanimous decision, with two judges scoring the fight 48-47, and one scoring it an odd 49-46. Both fighters took some punishment and suffered serious lacerations, so they went to the hospital for further observation.

Renan Barao blew away the UFC fans in attendance as he finished Wineland with a beautiful spinning back kick (the first in UFC history). Barao was awarded the Knockout of the Night, and he joins the club of elite fighters that have earned all three bonuses throughout their career.

The preliminary bouts got some love as well. Mitch Gagnon submitted Dustin Kimura with a guillotine in the first round to earn submission of the night.