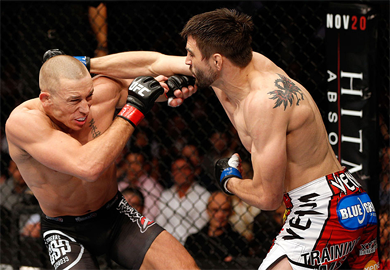 Johny Hendricks elevated his status yet again in his first round knockout over the always tough and durable Martin Kampmann and as such earned himself “Knockout of the Night” honors.

Ivan Menjivar was able to secure an armbar in his preliminary card bout against Azamat Gashimov and as a result was awarded the evenings “Submission of the Night”.