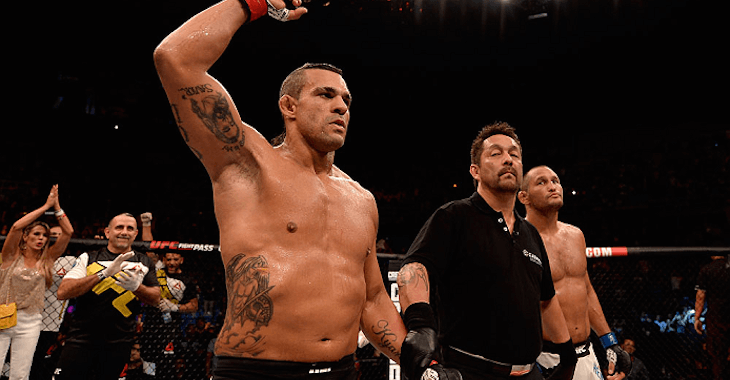 Vitor Belfort made his way back into the winning column at “UFC Fight Night 77” when he stepped into the octagon with Dan Henderson for the third time. The two first met at PRIDE 32 where Henderson got the best of Belfort, then again several years later where the Brazilian scored an amazing headkick knockout.

On Saturday night, Belfort secured the rubber match and trilogy with another lighting fast headkick that led to the stoppage. Henderson was nowhere near knocked out and the lights were on, but the referee could not tell if anybody was home. Whether or not Henderson was on auto-pilot isn’t important; The referee cares about the safety of the fighter and he saw “Hendo” in major trouble so he waved off the fight.

See what some of the biggest names in mixed martial arts had to say about the stoppage and Belfort’s performance below:

Whoever gets their offense off 1st, wins this fight. The tie breaker….

And then the head kick again #UFCSaoPaulo wow

Who do you think is next for Vitor Belfort? Is he on the path to another championship shot? Share your thoughts in the comment section below!