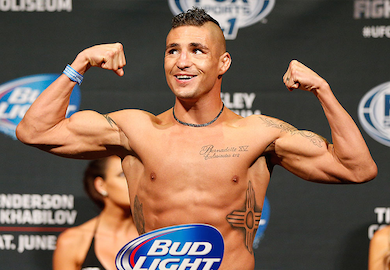 Norman Parke and Diego Sanchez have been trading verbal shots at one another for some time, and will likely continue to do so until they meet in the Octagon on November 15th at UFC 180 in Mexico.

The pair has taken their feud to Twitter recently.

@DiegoSanchezUFC u gona try and take me down !! Wel see about that, il open u from ear-ear with my elbow. Then il make u say my name bitch!

@DiegoSanchezUFC I tel u what.. If u do that il pay u my losers check! Ur hips r too rusty for judo.

@norman_parke all u are is a mouth that I'm gonna shut! A low grade McGregor wannabe 2nd rate at best.