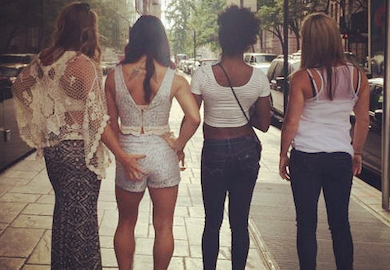 With the first ever all-female season of The Ultimate Fighter upon us, the TUF 20 ladies are busy with promotions and media.

A group of the gals made it to New York City, where much to their surprise, they found themselves everywhere!

Not gunna lie. I think this is pretty cool. This is the main NY subway !! http://t.co/pGDevfkx2d pic.twitter.com/EDo1Ul2pFW