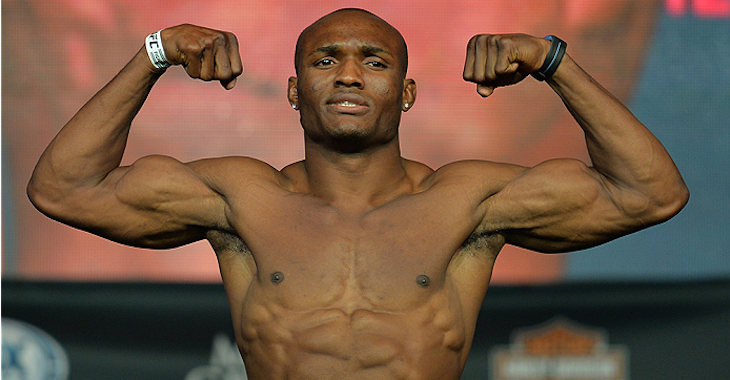 It only seemed fitting that American Top Team’s Hayder Hassan and Blackzilians’ Kamaru Usman would meet in the final bout of the season during tonight’s co-headliner. Hassan gave his team three victories throughout the season while Usman only secured two. Tonight, Usman would pick up his third victory while getting the last laugh.

Usman’s strategy was clear from the start: Avoid Hassan’s power by taking the fight to the ground. Hassan was outclassed on the ground and while he did get back to his feet several times, it didn’t take long for him to get taken back down.

American Top Team had hope for a knockout win when Hassan landed a quick uppercut, but Usman was able to regain his composure right away. Hassan, gasping for air, was taken down quick in the second round and made his way toward the fence to get back to his feet. Usman saw an opportunity present itself and he jumped on it; Usman locked in an arm triangle and cracked as hard as he could. They were up against the fence, so Usman had little room to work with.

Despite not being to walk the submission out to its fullest potential, Usman was strong enough to make Hassan almost fade to black before forcing him to submit. American Top Team may have won the point competition, but Blackzilians would take home an extra $300,000 as well as a shiny new trophy.

Kamaru Usman def. Hayder Hassan by way of Submission (Arm Triangle) 1:19 of Round 2