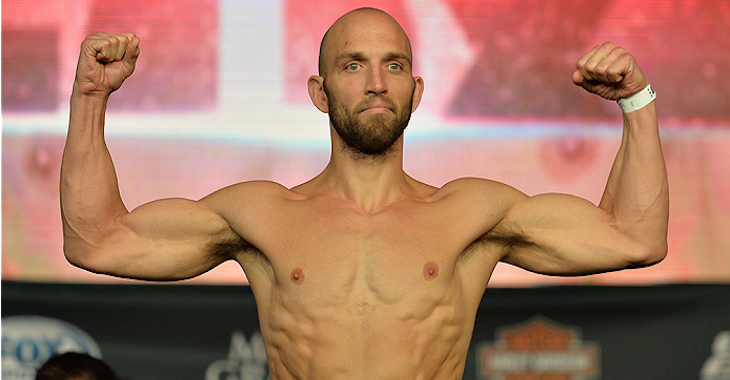 Trevor Smith smothered his way to victory in the third fight of the evening. Dan Miller tried his hardest to gain some momentum, but he failed to find a comfortable striking distance and was overpowered by Smith’s grappling.

Smith pressed Miller up against the fence immediately in the opening round and started working on tiring out his opponent. Miller was breathing heavy by the middle of the first round and things were looking bad for him unless he landed a big shot.

The big shot never came. Instead, Smith did a fantastic job at closing the distance and smothering Miller for ten minutes before the final horn sounded.