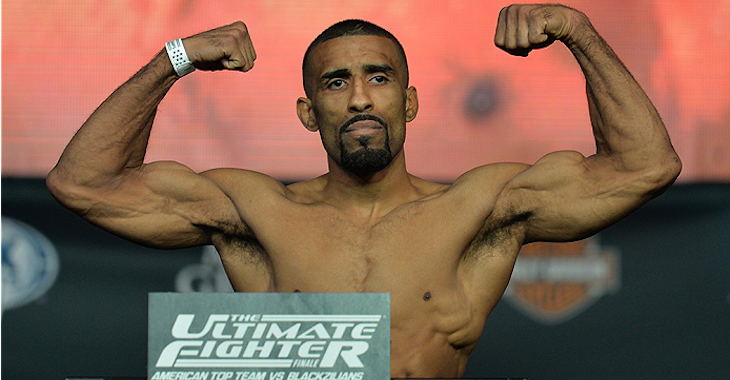 Jerrod Sanders picked up his first octagon win tonight at the expense of Russell Doane.

The opening round was closer than the rest of the fight and was where we saw the most consistent competition. Sanders landed an early takedown and was able to take the back of Doane, but was only able to get one hook in. This allowed Doane to spin out of the rear naked choke attempt and ultimately land a takedown of his own.

Doane showed rays of brilliance throughout the fight with his striking, but he made the mistake of sticking too close to the wrestler. Sanders easily took Doane down repeatedly. Again, Doane would threaten submission holds on the ground but Sanders was easily able to escape the attempts before gaining top control once again.

By the time the final horn sounded, it was no surprise to see Jerrod Sanders’ hand raised.