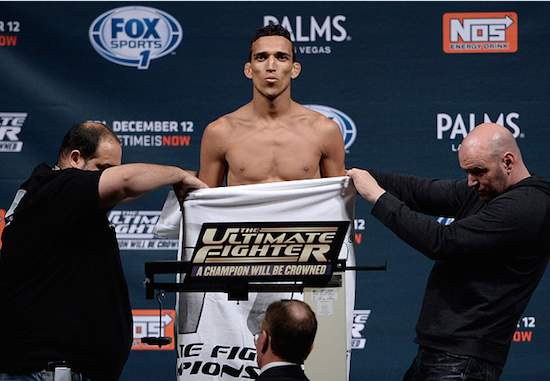 Charles Oliveira’s work on the ground is top-notch.

Oliveira locked in an armbar in the opening seconds of the round and it looked like Stephens was doomed. Stephens showed great resiliency and patience as he waited for Oliveira’s grip to loosen up. He eventually made it back to his feet after two minutes of almost getting submitted.

Stephens walked into a second armbar attempt in round two, this time deeper than the first, and again it looked as if he was done. Oliveira had executed the armlock perfectly and it was done in textbook fashion, but Stephens still found enough room to get back up and stack Oliveira to escape! The remainder of the round saw Stephens fight off various submission attempts from jiu-jitsu ace Oliveira. Stephens fought off a total of four near-submission scenarios to make it to round three.

The third round was a frustrating one for fans to watch as Oliveira desperately wanted Stephens to follow him to the ground, but Stephens refused repeatedly. It resembled Alistair Overeem and Fabricio Werdum’s fight during the Strikeforce Heavyweight Grand Prix. Action finally took place in the closing seconds of the final round as both combatants landed some decent shots on the ground.

Oliveira’s constant work on the ground earned him a big decision win.