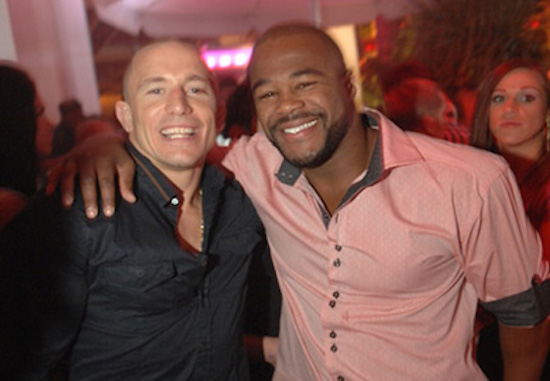 “We’re driving down the highway. And the mountains are on the west of us. The sun was setting and it was getting pretty dark. We’re driving. Mike van Arsdale, Ali Abdel-Aziz . . . and this Mexican guy who couldn’t speak any English, his name was Alejandro, and he came down to train with us for a while.”

“And we’re driving. and we’re in mid-discussion busting each others’ chops, and we look over and we’re like, ‘Yo, what is that?’ and it just lit up the whole sky. And everybody in traffic starts to look at it, and everybody’s driving slow like you would if it started . . . all of a sudden a huge downpour. And everybody kind of slowed down, and everybody was kind of looking. And we’re like, ‘Yo, do you see it?’ And we just like . . . we’re driving really slow and looking on the highway . . . the traffic was doing this too.”

“And then it just took off, like a bolt of light. Wishhh.”

GSP’s story can be found HERE.