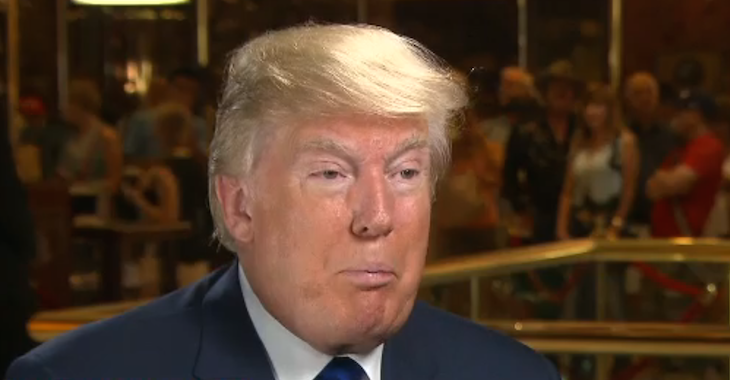 The Republican presidential hopeful, Donal Trump, recently said in an interview, with CNN,  that he is in support of women fighting in the military and used UFC bantamweight champion Ronda Rousey as an example during his answer.

Trump said he was in support of it because ‘they’re really into it.’

“I guess the answer is yes, because they’re really into it.”

“Some of them are really, really good. I’ll tell you what, I know some woman that are just — Ronda Rousey is an example, who likes me. … I’d take her on my side as a fighter.”

Trump apparently didn’t catch that interview where she basically said the exact opposite, saying that she would never vote for him.

I wonder where he got the idea that she ‘liked him.’ Who do you think Rousey will vote for come election day?
The Best Training Room You’ll Probably Ever See — D.C., Rockhold, Khabib, Velasquez All Training For UFC Greatness
[ooyala code=”J5c3UxdzpDWlYbuxxRyJVVXCUwnYxE3R” player_id=”bd214e34cfad476984102de4bf5e8da2″ width=”1280″ height=”720″ auto=”true”]