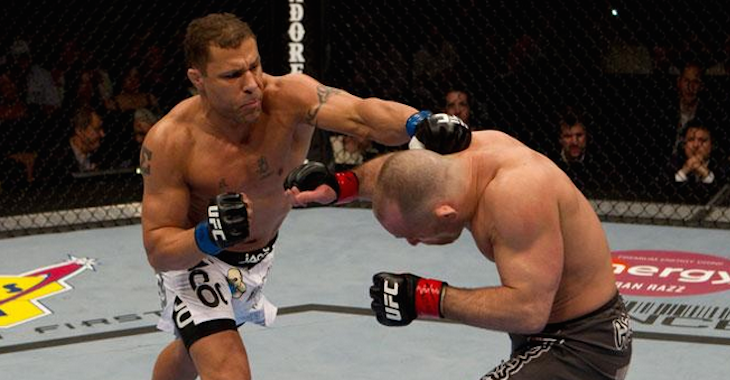 Frank Trigg is about to get inducted into the UFC Hall of Fame in the fight wing along with Matt Hughes for their legendary title bout. As a veteran giving advice to the young fighters, Trigg, has one message for the employees who are upset about the UFC/Reebok deal: If you don’t like it, leave it.

“The fighters can complain all they want. If they don’t like it then leave. Go someplace else,” Trigg told Submission Radio. “You don’t get what you deserve. Athletes don’t get what they deserve. Every athlete deserves at least two or three times more than they’re actually getting paid from their promotion, or from their team, or from whatever,” Trigg continued.

Fighters certainly aren’t feeling like they are getting what they deserve out of this deal with Reebok. UFC women’s bantamweight Miesha Tate has gone on record saying that she will be losing up to 90% of her earnings because of this deal! Trigg introduces a harsher side of reality to the fighters, though.

The Reebok payout structure fluctuates from $2,500 to $20,000 for each fighter based on their tenure with the company. No matter how many fights you have had inside the octagon, Reebok and the UFC will pay out $30,000 and 40,000 to title challengers and champions, respectively.

Do you think Trigg is right? Do the fighters just have to buckle down and figure out a way to make the current structure benefit them, or should they speak up? Share your thoughts in the comment section below!