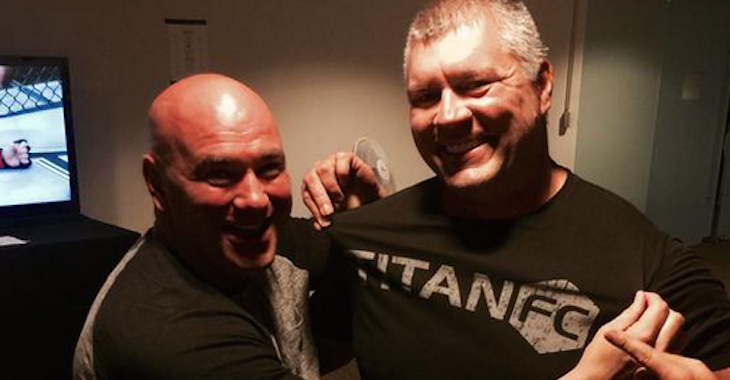 Zelaznik said: “Titan FC puts on great events and we’re happy to make Titan fights available live and on-demand to our UFC FIGHT PASS subscribers. In the nine years since its first show, Titan has earned a reputation for putting on quality events featuring a mixture of up-and-coming talent and experienced veterans. I’m excited to offer these events live and exclusively on FIGHT PASS.”

The live first Titan FC event will hit UFC Fight Pass on July 18. Titan FC 34 will be a quality 12 fight card featuring three Titian title fights and headlined by The Ultimate Fighter alum Mike Ricci vs UFC veteran Pat “Bam Bam” Healy in the main event with a co-main event of Kurt Holobaugh vs Andre Harrison, plus the much anticipated return of Jose “Pele” Landi-Jons, and the debut of middleweight prospect Phil Hawes.

Titan FC CEO Jeff Aronson said: “We at Titan FC are extremely proud to ink a groundbreaking deal with the leader in combat sports, the UFC to showcase the amazing talent of the fighters on the Titan FC roster on the UFC FIGHT PASS platform.”

In the coming months, Titan FC’s archive of 33 events – which feature appearances from fighters like Anthony “Rumble” Johnson, Sara McMann and Alan Belcher – will also be uploaded to FIGHT PASS.

Zelaznik added: “The addition of Titan to the UFC FIGHT PASS fight library brings the total number of promotions available to our subscribers to 20.

“We’re offering a truly unprecedented amount of world-class content on the platform – everything from every UFC fight, to the libraries of PRIDE FC, WEC, Pancrase, King of the Cage, Titan FC – the libraries of 20 organizations in total and live fights from the UFC, Invicta, Shooto Brazil and now Titan FC.

“We said it when we launched FIGHT PASS, and we will continue to live up to it: FIGHT PASS will just keep getting better and better.”