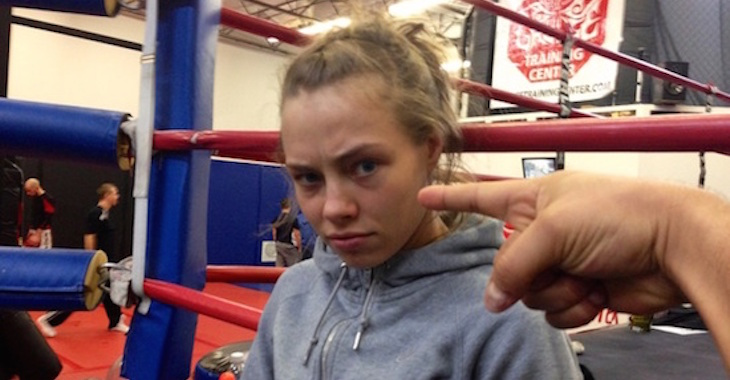 UFC strawweight and stand-out on the TUF 20, Rose Namajunas isn’t exactly flocking to buy one of Ronda Rousey’s ‘Don’t Be A DNB’ shirts.

Rousey’s new slogan stands for ‘Don’t be a do nothing b*tch’ and refers to comments she made about how her body isn’t made to sit around and have people take care of her, she’s not made to do nothing.

“To this whole DNB craze I don’t care if you do something or do nothing, just don’t be a bitch,” Namajunas said on Instagram. “Let’s be nice and not judge other lifestyles… or don’t and just be an unhappy person over there. lol”

She went on to explain in the comments:

“And as far as Ronda goes I love her and what she’s done but I think her message is misinterpreted,” she stated, explaining more after her initial post. “I don’t think hurting and punching people in the face for millions is any better than using sex to make millions.”

“I like the positive message about body image though, just think people are taking it the wrong way. Some of the coolest people I’ve met are strippers and down to earth loving people so just don’t judge others is my point.”

How do you all feel about the message?