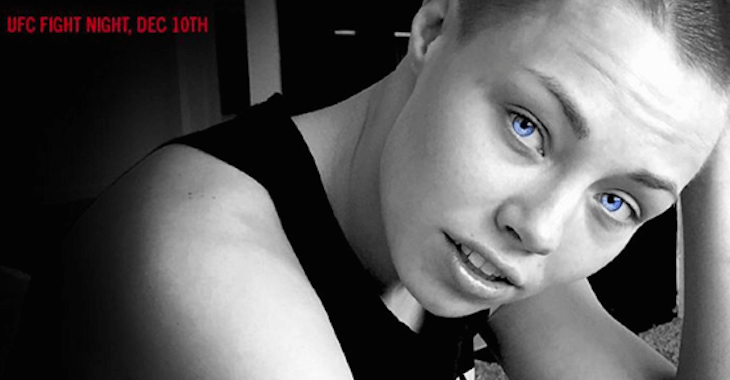 2015 is nearly in the books and it has been one hell of a year for fan-favorite ‘Thug’ Rose Namajunas. After losing the inaugural UFC Women’s Strawweight Championship fight to Carla Esparza at the end of December 2014, she bounced up and down in the official UFC rankings before finally finding a fight with Nina Ansaroff expected to take place at UFC 187 in May.

The bout was in jeopardy when Ansaroff missed weight by over four pounds the day before the fight, but Namajunas agreed to fight her anyway. Ansaroff eventually pulled out of the fight just hours before the card went live and “Thug” Rose was left without an opponent and without a fight.

Her first fight of the year took place just last month at UFC 192 when she dominated Angela “Overkill” Hill in the first round, winning by way of submission. Just twenty-five days later, Namajunas inked a deal to main-event her second UFC card against Paige VanZant!

‘Thug’ Rose has been training hard to capitalize on this opportunity, but it seems her hair has been getting in the way. She chopped off her hair and is rocking a buzz-cut— check it out below!

Who do you think will walk out of UFC Fight Night 80 with their hand raised high in victory? Share your thoughts in the comment section below!