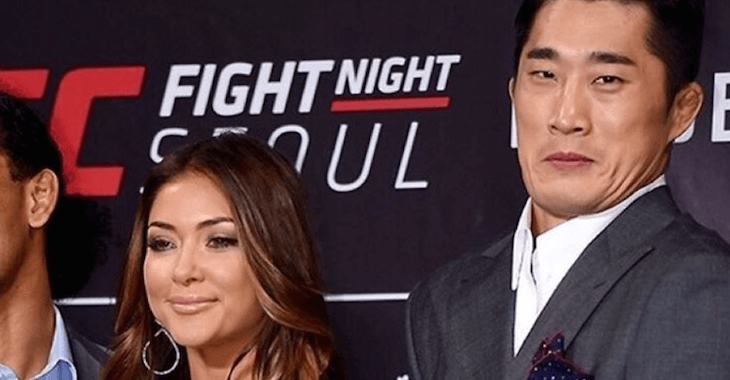 UFC fighter Don Hyun Kim was recently in Seoul, South Korea doing press for his upcoming fight with Jorge Madvidal at UFC Fight Night 79, which will go down on Nov. 28.

He joined other fighters who were there to talk to the media and of course there were photos taken. Perhaps the best photo to surface from the media day was this one posted by UFC octagon girl Arianny Celeste.

It looks like Kim is’t very comfortable about standing so close to Celeste, check out that face.

Of course, it’s a photo and we have no context, so maybe they’re joking and he’s just being funny. But no matter what context this is in, it’s pretty funny.