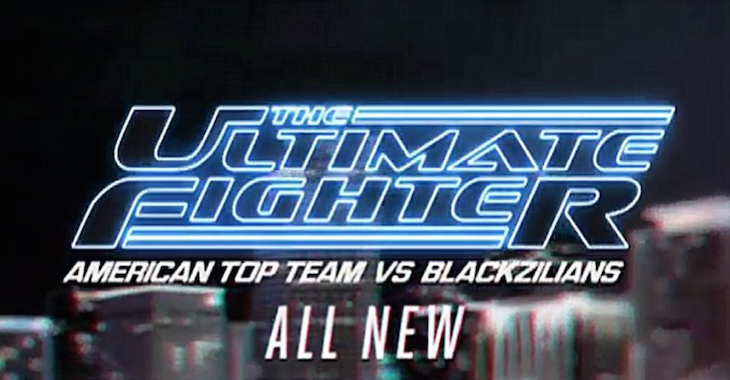 It’s the third episode of season 21 of The Ultimate fighter and things aren’t looking good for American Top Team.

The start of the episode shows each team reacting as complete opposites to the results of the second fight. The Blackzilians, having won 2 in a row are busy celebrating, while the members of ATT are somber after going 0-2 in the first two fights of the season. ATT coaches do their best to inspire the guys with pep talks.

UFC president Dana White makes a comment that the Blackzilians game plan is to just take guys down and lay on them in order to win. He may be right, but the strategy is obviously working.

The next scene takes viewers to the fighter house, where the case of the missing wine begins. Blackzilian Valdi Araujo or as everyone the entire show refers to as Baby Monster starts complaining that someone took a bottle of his wine. He proceeds to walk around the house asking people if they drank it. It is revealed, as Baby Monster expected, that ATT fighter Michael Graves did in fact drink his red wine. Drama. Graves’ team members make comments, not to his face, that he has been drinking everyday since his loss and that he needs to stop.

After deliberation ATT picks veteran Steve Carl to fight in the third fight.

Blackzilians monitor fighters cardio and eventually decide to go with Baby Monster who is a black belt in both judo and jiu-jitsu.

Come the weigh-ins both teams reveal their fighters and Carl fails to make-weight by 3/4 a pound. He goes to the sauna at the Blackzilians gym to cut the weight. The Blackzilians aren’t happy that they get to use their sauna so they go in and try to tell them to leave. Ultimately after a ‘heated’ exchange Carl comes out and makes weight.

Round one is a lot of leg kicks from Baby Monster and a lot of clinching on the cage. It was close, with both fighters having their time of control in the clinch.

Round 2 begins and Baby Monster is throwing a lot more and being more active. Carl isn’t listening to his corner who said to try to knock out Baby Monster. He instead tries to take him down over and over again, but fails.

Eventually while going for a takedown on the cage, Carl gets caught in a guillotine and Monster pulls guard, which quickly leads into a mounted guillotine. Carl taps.