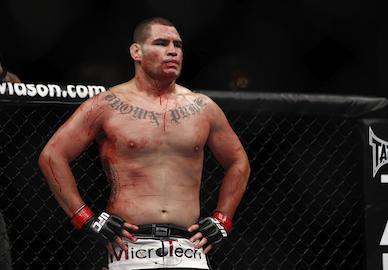 UFC heavyweight champion, Cain Velasquez, has not seen the inside of a cage since his October TKO stoppage over career nemesis, Junior dos Santos.

Now sidelined with a shoulder injury, the UFC’s heavyweight division is on hold, but not just that. The UFC’s planned trip, south of the border, into Mexico is also on hold, pending a full recovery of the champ.

“We can go to Ireland without Conor McGregor, but going into Mexico without Cain would be silly.”