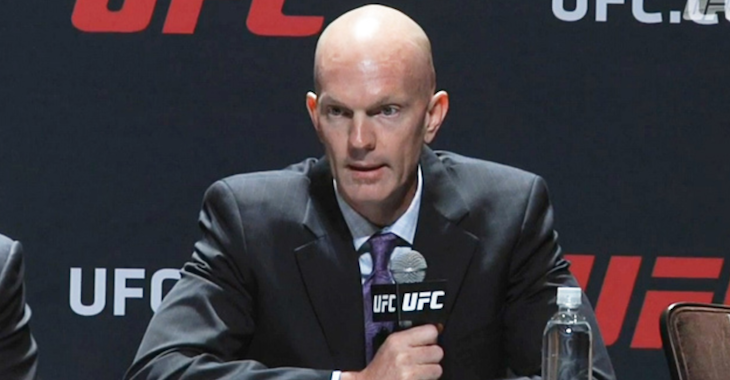 With the recent report coming out that calls into question the United States Anti-Doping practices, regarding a situation where Floyd Mayweather used a banned IV, a lot wondered about the UFC’s new partnership with USADA.

Well, UFC’s Jeff Novitsky, VP of athlete health and performance, insists that the promotion has not lost any trust with USADA and will continued their partnership with them.

“Based on 15 years of working with them and seeing how they make decisions and seeing how those decisions are ethical and how every single time they adhere to carrying out the WADA code, I have 100 percent confidence that we have enlisted the gold standard, best anti-doping agency in the world.

“And all of our athletes should have that same trust and confidence. I haven’t lost any of that in USADA. They’re the best.”

What did you make of the whole Mayweather report? USADA has come out and said that the report had some significant inaccuracies, but have not yet stated exactly what those are.

Does the report make you a little more cautious about the UFC’s new partnership with USADA, or no?