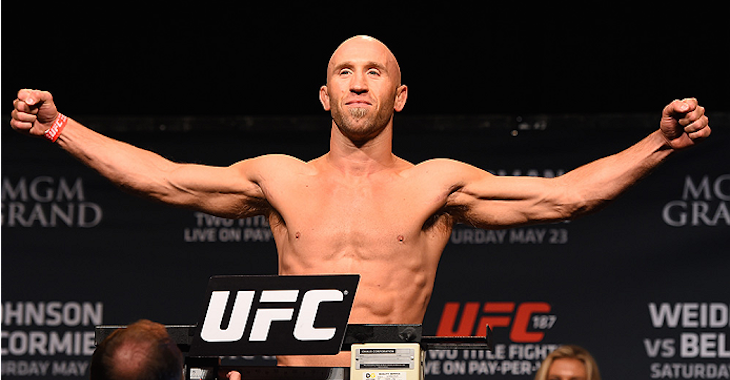 “I hate it; I’m pissed – it’s been s—-y. My fight career, I’m very disappointed with it. But where I’m at in my life outside the cage and having healthy boys and a happy wife and a new home, I wouldn’t change a single thing. All that adversity has led me to being right here in this moment.”

“They’ve given me an opportunity to try to show that I’m at a high level; unfortunately I haven’t come into those performances ready to perform. I’ve come in with injuries and not in ideal situations.”

UFC welterweight Josh Burkman isn’t happy with how his return to the UFC has gone so far. He left the promotion after winning three straight, back in 2008, then went on a 6-1 run outside of the promotion. After that he returned to the UFC only to lose two straight.

He told MMAJunkie that it’s been terrible and he hopes to get things back on track on Sunday when he goes up against Patrick Cote.

Think he’ll get back into the winning column?