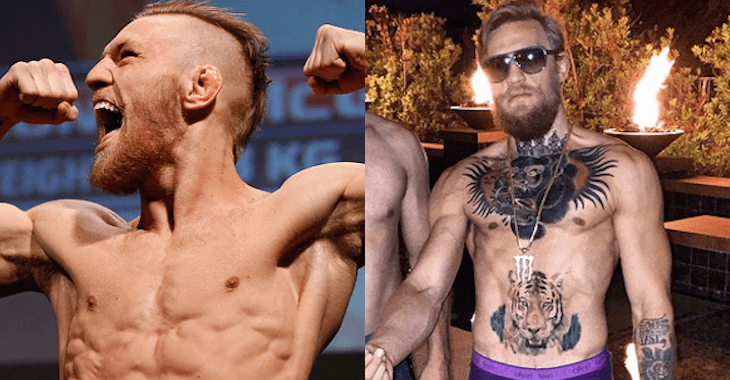 It seems like UFC interim featherweight champion Conor McGregor just can’t stop adding ink to his body. Since the world came to know McGregor, during his first UFC fight, he’s transformed in front of our eyes.

First that big chest tattoo, then the tiger on his stomach and now his own name. Will the Irishmen ever stop adding to his canvas or will he eventually be covered from head to toe.

We’ve put together a pretty interesting look at the ‘Notorious’ one through out the last couple of years. Check out the history of McGregor’s tatts! 2. Then we have the back tattoo, which goes down his spine and sort of blooms at his neck. 4. Looks like Lorenzo Fertitta isn’t so sure about the new chest piece here! 5. Gunnar, look at my tiger belly! 6. Now we have arrived at his newest addition. At least we can identify him now! There you have it folks, the evolution of Conor McGregor’s tattoos. Thoughts?