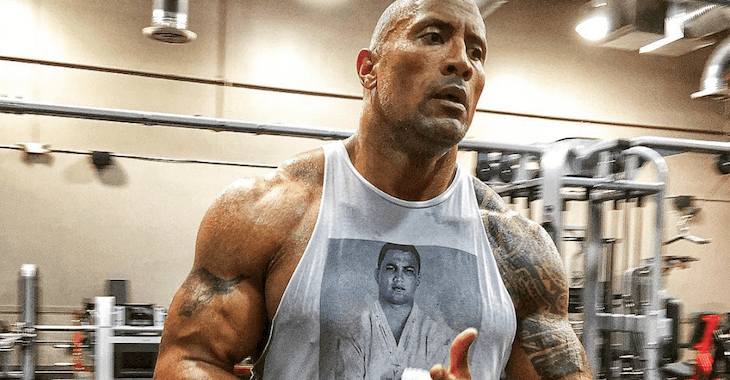 Well look at that, WWE superstar and all around mega superstar Dwayne ‘The Rock’ Johnson’s sporting a pretty cool shirt.

The Rock took to Instagram to share a photo, as he does often, and included an inspirational caption. This time around though he was sporting an old school BJ Penn shirt while pumping some serious iron.

‘Always asked by our generation’s millennials and kids what’s the key to success? One of the keys is to not be inspired by fame or material things. For those struggling on the come up, it’s hard to not be influenced by dope cars and flash – I get it. Instead be inspired by hard work. Consistent daily hard work. Focus on being the hardest workers in the room and the lifestyle you want will follow. It may take years and years, but it’ll happen. #YoungLeadersOfOurGeneration #NoSubstituteForHardWork #AndDammitCleanUpYourSweat’

Were truer words ever spoken?