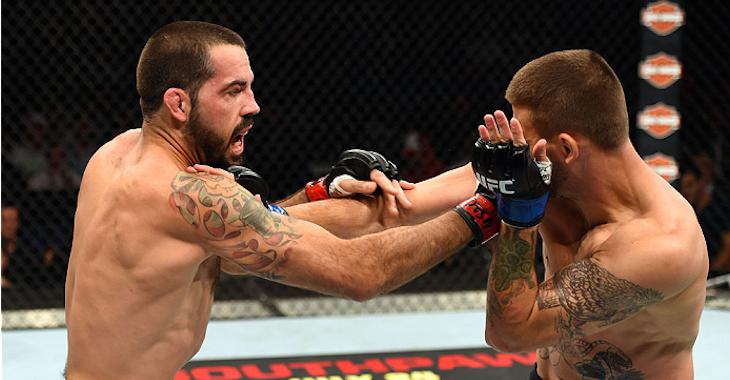 “I haven’t watched a whole lot of him yet. The only one I really remember watching is the (Nate) Marquardt fight, which was a very impressive win. He looks like he definitely likes to bring it, he’s probably a young, strong guy.”

UFC welterweight Matt Brown said on The Great MMA Debate podcast that he hasn’t watched a lot of Gastelum’s fights, but plans on doing what he does in every fight, stand and trade.

He’s just going to stand in front of him and says they’ll see who stands longer.

Who do you think will walk away with the win?